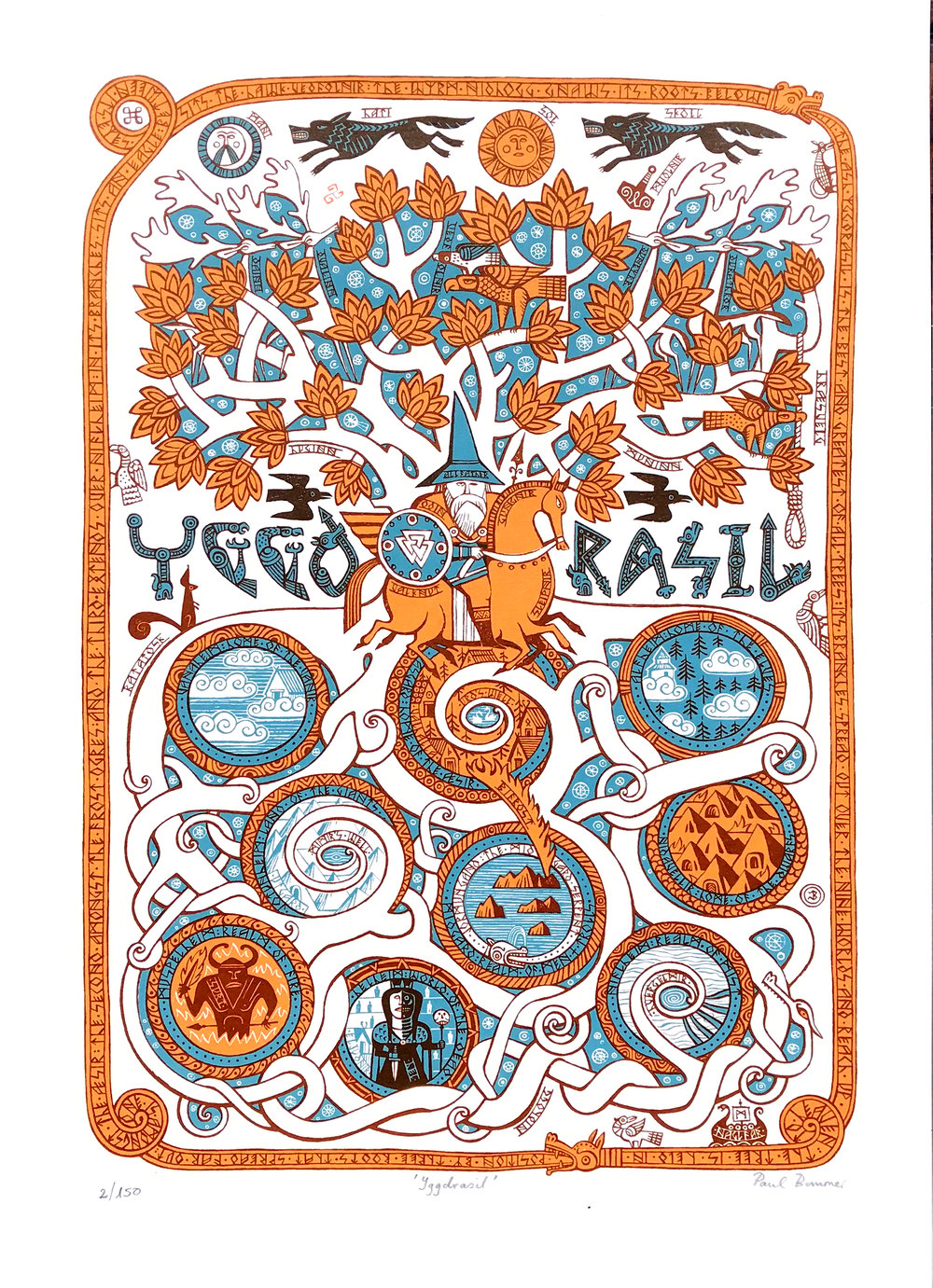 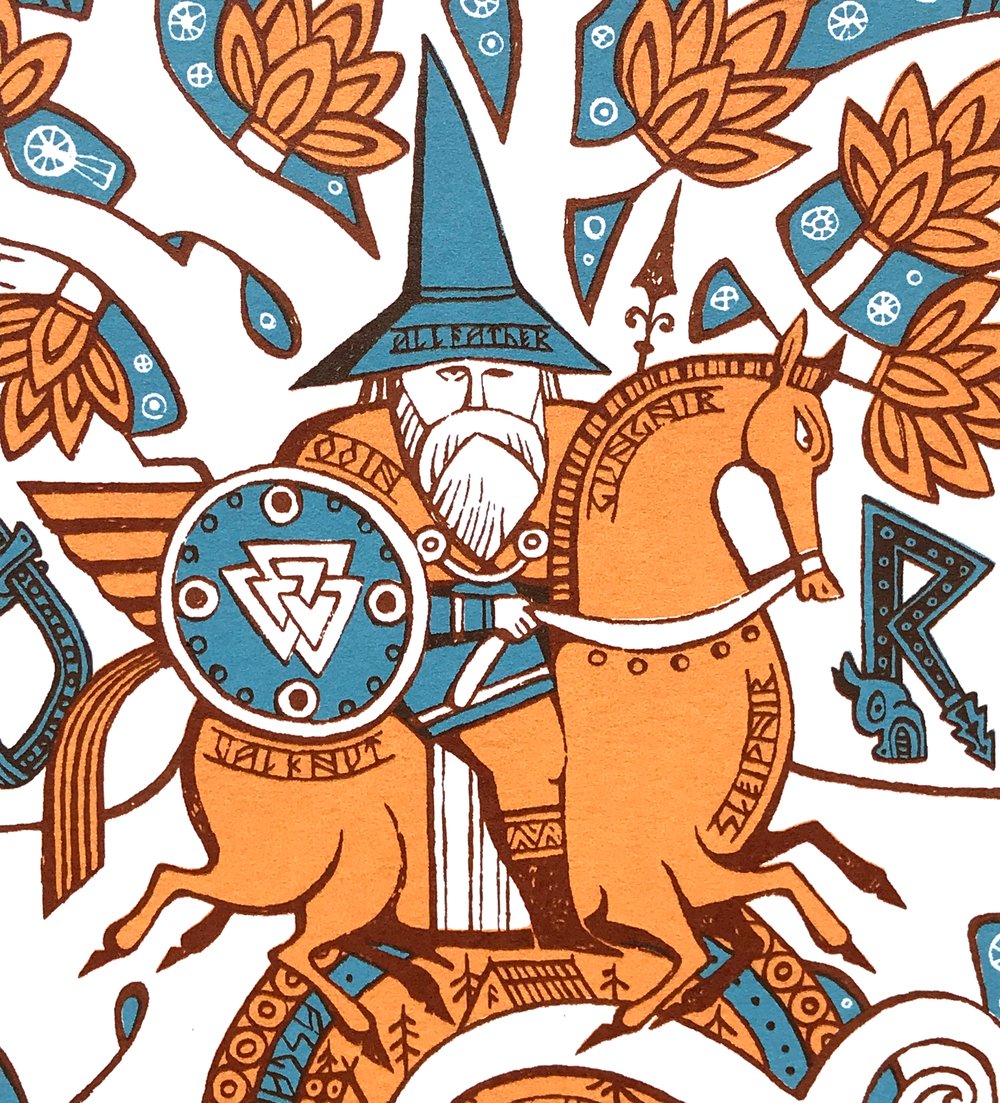 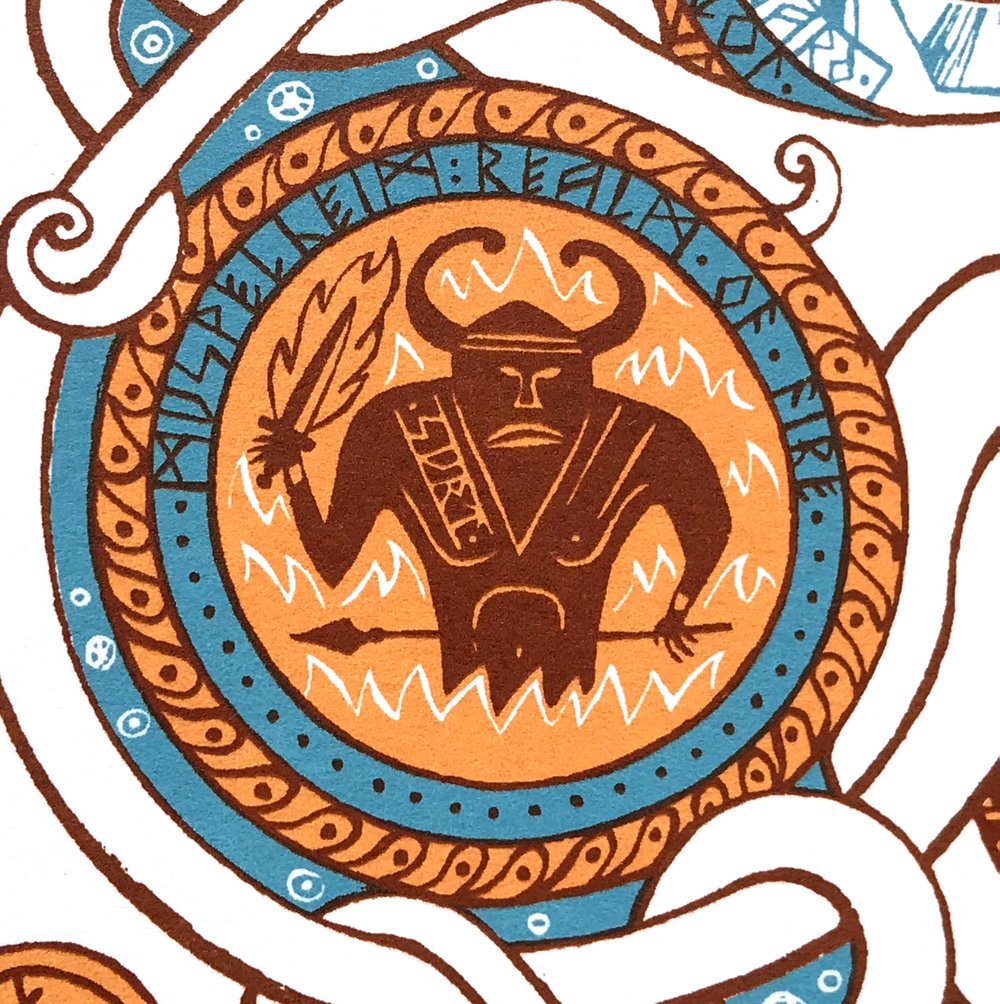 This mighty ash contains the nine realms within it. In its branches live four deer who eat its leaves and a nameless eagle with a hawk sat between its eyes. The roots of Yggdrasil are gnawed at by the wyrm Nidhogg. A gossiping squirrel called Ratatosk runs up and down the tree between the birds at its top and the serpent at its bottom.

In the centre I have shown the great god Odin, the Allfather. He sits upon Sleipnir, his eight-legged horse, and carries the spear Gungnir. He is accompanied by his ravens Huginn and Muninn who relay all that occurs.

Around the outside are words inspired by Snorri Sturluson's Prose Edda, written in runic script.

Printed in a strictly limited edition of 150, this 3-colour on 300 gsm Snowden acid-free cartridge paper and measures 30 cm wide by 42 cm high (A3, a standard frame size!). The print is signed and numbered by the Artist and posted in a stiff cardboard tube.